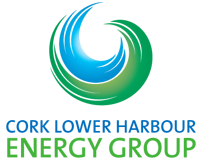 In 2008, four healthcare manufacturing companies in Cork – DePuy (Ireland), Janssen Biologics (Ireland), GlaxoSmithKline (GSK) and Novartis – came together to co-operate on common cost and sutainability issues in relation to energy. These companies are responsible for the employment of 4,000 people and have invested well over €2 billion in the Cork region over the past 20 years. In addition, the four sites have a combined annual spend in excess of €100 million. The CLHEG project involved the installation of one Enercon E101 3MW wind turbine at each of the project sites. These wind turbines have a hub height of 100m and a rotor diameter of 100m giving an overall blade tip height of 150m. They are also the first Enercon E101’s to be installed in Ireland. 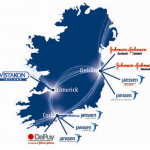 DePuy and Janssen are part of the Johnson & Johnson (J&J) Family of Companies, where both companies are global leaders in providing healthcare solutions in orthopaedics, spinal care, sports medicine and neurosciences (DePuy), and research-based pharmaceuticals (Janssen).

WED were commissioned by DePuy (Ireland) and Janssen Biologics (Ireland) in early 2013 to facilitate and manage the wind analysis and turbine tender process with candidate turbine suppliers for the proposed wind turbines at both project sites. WED also negotiated the procurement of the Turbine Supply Agreement. 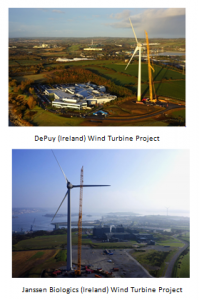 In June 2013, WED were appointed by DePuy (Ireland) and Janssen Biologics (Ireland) as Project Managers for the J&J Wind Turbine Project which consisted of the full management of design, construction, commissioning and handover of an Enercon E101 3MW wind turbine located within the boundary of each site. This included ensuring that works such as roads, site access, transport plans, drains, cable ducts, electrical installation and SCADA configuration were executed in line with Enercon’s wind turbine installation schedule. While also managing the integration of the wind turbines to generate electrical energy for each site into the existing national grid and site electrical distribution systems.

The DePuy (Ireland) and Janssen Biologics (Ireland) wind turbine projects will generate up to 3MW of electricity each, improving environmental performance, reducing each site’s electricity costs by up to 30% and making them more attractive for inward investment. The projects will allow DePuy and Janssen to achieve a significant decrease in the CO2 emissions generated during their production processes, resulting in a positive impact for the environment. This equates to the removal of approximately 14,000 tonnes of C02 each year, or taking 7,300 cars off the road.